How can we help you today?

What is an ellipsoid? Print

Our earth isn't perfectly spherical. So when we try to approximate the shape of earth, we need to choose an appropriate reference model. An ellipsoid is such a model or reference surface.

From the figure below, you will have a general idea about the difference between when different ellipsoid models are applied to the earth surface. (WGS84 vs GRS80) 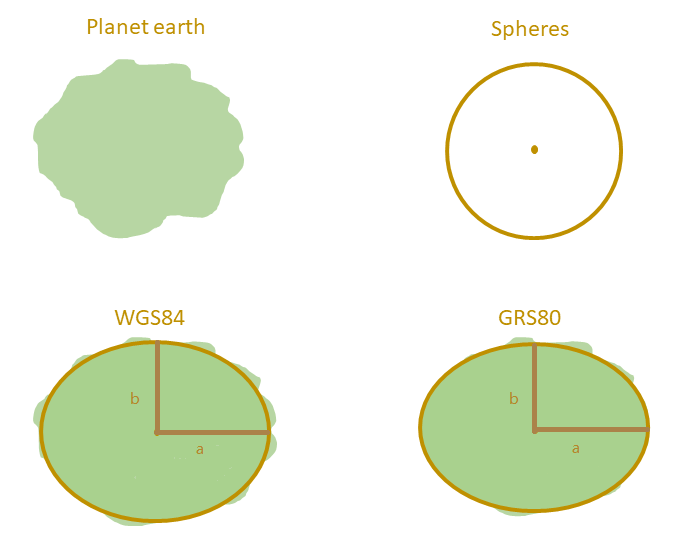 The following table lists the primary ellipsoid parameters of GRS80 and WGS84.

T
Tom is the author of this solution article.

Did you find it helpful? Yes No

Send feedback
Sorry we couldn't be helpful. Help us improve this article with your feedback.